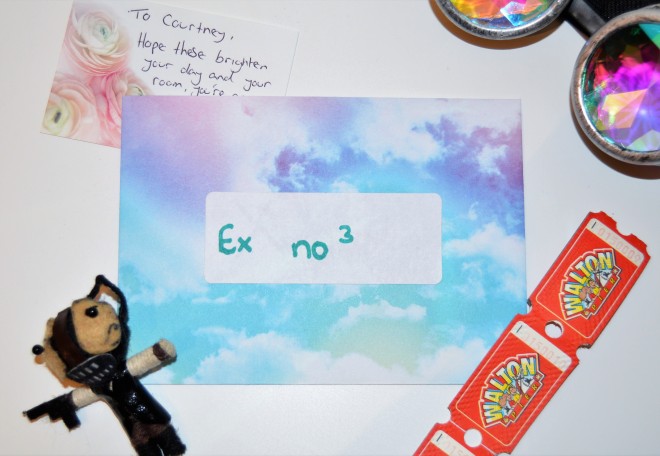 I watched a comedian when I was younger and I remember a specific joke about when he got hit by a car, flipped in the air and landed on his feet but didn’t have a clue what had just happened.

I don’t know exactly what to write in this part, I honestly thought it would be upsetting and difficult but in fact, it’s really alleviating.

From start to finish, everything was fast paced – looking back, i’m not sure I knew what was going on half the time I was just kind of riding the wave because you were fun to be around then before I knew it, I was doing things that I wouldn’t usually do. I truly lost myself to you and for a while, it was so nice.

And you know what? I don’t regret anything. You introduced me to so many different things and people.

I can’t think of anything really substantial that I learned through a negative experience where you’re involved, you just kind of emphasized things I already knew. For the first time in a long time, I was emotionally naked, telling you things I’d never told anyone and surprisingly enough, I didn’t feel vulnerable or uneasy and apparently, I needed that more than I thought I did.

You know how to be a good person and how to make an effort, you know how to comfort people and listen, even if you never really remember anything. Through you, I learned that socialising isn’t a completely horrible experience if you’re socialising with a nice group of people and from that, I now have a nice group of people for myself. I learned that self-destruction isn’t actually going to make you feel any better, it’s just going to elongate the time you feel awful for. Along with that, the phrase “a lie isn’t a lie if you mean it at the time” really started to resonate inside me. I understood from the other end of the stick that people lose feelings and there’s nothing you can do about it except move on and that’s completely okay because it doesn’t mean everything they ever said wasn’t the truth at some point. I can’t and I won’t hate you for that because well… I’d be a complete hypocrite. I’m sure, at some point, I felt very strongly towards all of my ex’s but I certainly don’t now.

I’m glad we had what we had and in a bittersweet way, I’m glad it’s over. It’s a shame because I feel, had we not allowed it to go as far as it did, we would have made quite good friends but feelings are funny and we’re young and dumb so it is what it is. However, in true Courtney fashion, I stand by the belief that everything happens for a reason and it was comforting to know I still have it in me to walk away from a situation that no longer benefits me healthily, even if at first, it kind of hurt.

Some stuff just isn’t worth the internal torment.

Not really sure how to finish this little mini-series. I guess, i’m grateful for all these parts of my life in a weird way but damn am I glad we’re all done here.

lol, thank u, next xoxo