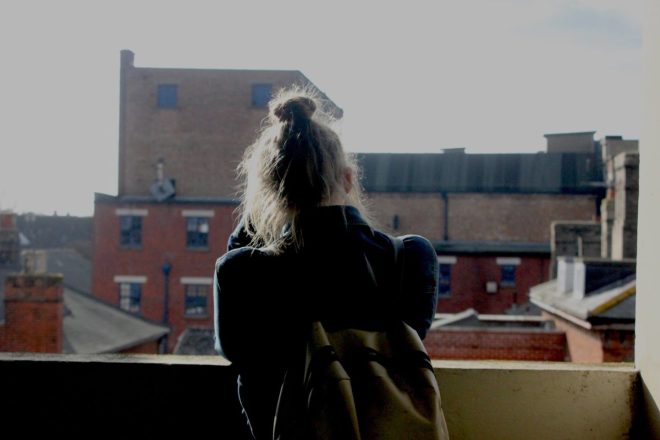 At eight years old, I told you I wanted to be an artist. Dad said there was no point because artists didn’t make any money until they were dead. On my ninth birthday, you took me into town and bought a £50 paint set. Then you complained a week later about the fact that it had been reduced by £10. We sat in your garden and sketched the pond. At eleven, I told you I wanted to write a book but I didn’t know where to start. You went straight upstairs and got me all the details for your publisher and told me everything I needed to do, even the font and size I should write my first draft in. When I started my first blog, I could guarantee that every few posts, there’d be a comment from you. When I picked my subjects for school and I went through the brief period of wanting to be a chef, you gave me all of your cookbooks.

There was never any question as to whether or not I was capable of something to you. It was just constant support of anything I wanted to do.

You’re my biggest fan and my first best friend. I think, at this point, I would give the rest of my life to go back to the summers where I’d get on my bike each morning and come find you in the garden in those god awful denim shorts with the stubby beer, and you’d let me have a shandy every now and then and I’d sit at the small pond you built for me with my hands under the water for hours. I loved that pond so much.

I remember my friend bringing me an underwater snail and sea monkeys to school in an Orea cup filled with water with a lid on so I could put them in my pond but I forgot about it and my bag kept getting knocked throughout the day. Come 3 o’clock, my school books were soaked and there were just a bunch of dead sea monkeys at the bottom of my bag but the snail survived. He joined the newts and tadpoles in the pond.

I’d spend all day in the sun while you were gardening and showing me the fruit on your fig tree and everything else you were growing. Then for dinner, we’d have one of your salads, the ones that you put oranges and apple in. We’d finish each day with cheese and biscuits, watching Michael McIntyre’s comedy roadshow.

I wish I could remember everything. All the stories you told me. All the conversations we’ve had but unfortunately, I can’t, though I value the things I can. Like the sound of your cough and how scratchy your beard is. The first time we facetimed and you just had your eyes and forehead showing. When you first discovered emojis and every message you sent was followed by a colourful array of smiley faces. When I came to stay with you in Spain and I got bored so you drove me to different shopping places until I found a skateboard and took me horse riding. I also remember singing in your garden when I was younger, pretending I was in a music video and I got my finger stuck in one of your ornaments. I thought you were going to be mad but you just smashed it and put a plaster over my finger.

Kids do dumb things, like put their hands in things they shouldn’t and believe their grandparents will live forever. When you’re young, you fail to take into account that your time with people is limited, you’re too busy just being a kid. But I never wanted to be the person that regretted not saying everything I wanted to say and wishing I had told you I loved you more when it’s too late. So I wanted to say it now, to let you know. To say everything I want to say so I don’t have to cry myself to sleep wishing you could have heard it.

I love you and I always will.

From, your number one.

3 thoughts on “Goodbye Before You Go”